NET Greek NT with Strong's and Notes $19.95
Next product

The NET Bible is a powerful new translation of the Bible (having 58,504 translators’ notes by experts in the original biblical languages). When you combine theWord Bible software program with this Bible, you can easily see the translator’s many notes by simply mousing over the translator’s note’s number, and the actual text will pop up.

These translator’s notes are an excellent commentary for Bible students knowing Greek and Hebrew in that they point out the original words, how their underlying forms (grammatical structure) affects the translation of the verse. But at the same time, while this highly technical information is available for the experienced scholar, it is also very clear and understandable for the common Bible student as far as what it means. For example, the moods and tenses of Greek verbs often have comments when they reflect on the meaning of the text. This is very helpful and insightful to common Bible student.

This is an updated version 2 of this work. It also adds Strong’s numbers to the text.

Please note the NET2 Commentary Notes are now in the footnotes of the Bibleview they are no longer in the commentary book view. i.e. delete NET Version 1 Note file NET.cmtx, and in the NET2 Bible click Bibleview pane and press “f” for footnotes.

How to use NET2 footnotes, click in Bible, then press just “f” to toggle on and off, and then hover over the footnote you want to see.

Summary of changes in version 2.1

One of the most significant updates was bringing the NET tc notes up to date with NA28. This affected 600 of the 2600 tc notes in the NT. This primarily means that instead of using pc (and a few other manuscripts) they/we listed the “few other” manuscripts. Also, terms such as “original text” were changed to the more accurate “initial text,” “earlier text,” “ausgangstext,” etc. The phrase “important witnesses” was changed to “significant witnesses” (because they are all important!).

Replaced spelled out numbers with digits

The NET Bible Version 2. In 2018, Biblical Press Foundation put out version 2 of their NET Bible notes. According to their website, the book form of this has 2533 pages.

The NET Bible is a completely new translation of the Bible with 58,504 translators’ notes! It was completed by more than 25 scholars – experts in the original biblical languages – who worked directly from the best currently available Hebrew, Aramaic, and Greek texts.

Turn the pages and see the breadth of the translators’ notes, documenting their decisions and choices as they worked. The translators’ notes make the original languages far more accessible, allowing you to look over the translator’s shoulder at the very process of translation. This level of documentation is a first for a Bible translation, making transparent the textual basis and the rationale for key renderings (including major interpretive options and alternative translations). This unparalleled level of detail helps connect people to the Bible in the original languages in a way never before possible without years of study of Hebrew, Aramaic, and Greek. It unlocks the riches of the Bible’s truth from entirely new perspectives.

theWord Bible program enhances these notes much beyond the paper and ink version. In the actual NET Bible (premium version), all of the translators’ footnotes are noted, and by simply hovering the mouse over the reference you can easily see the note. Clicking on any Bible references in the translators’ notes will instantly take you to that reference in the Bible. When you use the NET Bible in theWord, you enjoy the ease of “jumping around” reading, following, and analyzing the cross-references and translators’ notes. It is so easy with theWord!

“The NET Bible is ingenious… an invaluable resource for pastors, missionaries and well-trained laymen. Bringing instant access to the best research with just a few clicks, the NET Bible has truly brought a visionary form to a timeless function. It’s a great step in the Church’s preparation for the next millennium.” — Dr.Gene Getz

What are the differences between the first edition and the second edition?
You can read an online version of this Bible at lumina.bible.org

An overview of the module from inside theWORD: 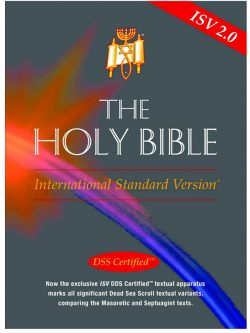