New International Commentary: The Book of Genesis, Chapters 18–50 $39.20
Next product

New International Commentary: The Book of Leviticus $31.50
Click to enlarge

This collection includes the two volumes of Victor P. Hamilton’s study of Genesis from The New International Commentary on the Old Testament

The first of Victor P. Hamilton’s two-volume study of Genesis in the NICOT series, this commentary contributes a solid, thorough explication of the wealth and depth of material embedded in Scripture’s foundational book.

Hamilton’s substantive introduction—which serves both this volume and the one covering chapters 18–50—discusses the structure of Genesis and its composition, its theology, the problems involved in its interpretation, its canonicity, and the Hebrew text itself. The commentary proper, based on Hamilton’s own translation, evidences his extensive knowledge of the ancient Near East and of contemporary scholarship, including literary, form, and text criticism. Siding with the arguments in favor of the literary and theological unity of the Genesis text, Hamilton stresses the main theme running throughout the book—God’s gracious promise of blessing and reconciliation in the face of evil and sin.

A unique feature of this book is Hamilton’s emphasis on the reading of Genesis by the New Testament community. Following his commentary on each section of Genesis, he discusses where and how the New Testament appropriated material from that section and incorporated it into the message of the New Covenant.

The second of Victor P. Hamilton’s two-volume study of Genesis for the NICOT series, this prodigious and scholarly work provides linguistic, literary, and theological commentary on Genesis 18–50. Beginning with Abraham’s reception of the three visitors and his intercession before Yahweh on behalf of Sodom and Gomorrah (Gen. 18) and continuing through the end of the Joseph story (Gen. 50), the overarching theme of Hamilton’s commentary is Yahweh’s faithfulness to his promised word and his covenant commitments to those whom he has chosen to receive that promised word.

Special features of this commentary include its serious attention to important matters of biblical translation from the Hebrew language into English, copious footnotes that direct readers to further and more extensive sources of information, and frequent references to the New Testament writers’ reading of Genesis. Hamilton’s work will greatly benefit scholars, seminarians, and pastors who seek solid exegesis of the Bible’s foundational book. 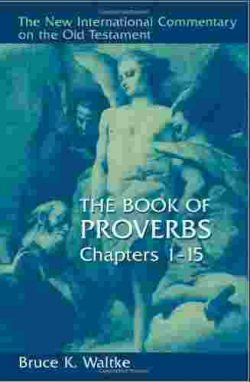