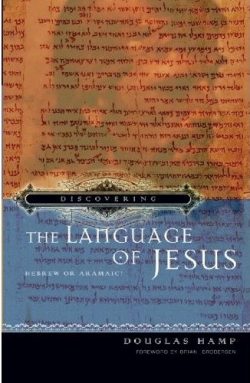 Discovering the Language of Jesus $3.95
Next product

Bible Dictionary of Ancient Greek (BDAG) A Greek-English Lexicon of the New Testament $200.00
Click to enlarge

These Bible Study Notes, written by Dr. Thomas L. Constable over a 25-year period, provide commentary on all 66 books of the Bible, and hold about 7,000 pages of material. Dr. Constable’s Notes, also known as expository notes to Dr. Constable’s seminary students, are intended to help you to better understand the Bible.
In addition to the verse-by-verse explanations of the entire Bible, extra resources include historical background, scope, purpose, theology, and outline information on the individual books. Thousands of footnote references are a helpful source for further, more in-depth study.

PRODUCT HIGHLIGHTS: These Bible Study Notes are some of the most comprehensible that you may find anywhere to help you study God’s word.

DESCRIPTION
These Bible Study Notes, written by Dr. Thomas L. Constable over a 25-year period, provide commentary on all 66 books of the Bible, and hold about 7,000 pages of material. Dr. Constable’s Notes, also known as expository notes to Dr. Constable’s seminary students, are intended to help you to better understand the Bible.
In addition to the verse-by-verse explanations of the entire Bible, extra resources include historical background, scope, purpose, theology, and outline information on the individual books. Thousands of footnote references are a helpful source for further, more in-depth study.

Dr. Constable is the founder of Dallas Seminary’s Field Education department (1970) and the Center for Biblical Studies (1973), both of which he directed for many years before assuming other responsibilities. Today Dr. Constable maintains an active academic, pulpit supply, and conference-speaking ministry around the world. He has ministered in nearly three dozen countries and written commentaries on every book of the Bible. Dr. Constable also founded a church, pastored it for 12 years, and has served as one of its elders for over 30 years.

John introduced himself, identified the recipients of this letter, greeted them, and mentioned the major subjects of his concern to prepare his readers for what follows.

“It may well be that the address is deliberately unidentifiable. The letter was written at a time when persecution was a real possibility. If the letter were to fall into the wrong hands, there might well be trouble. And it may well be that the letter is addressed in such a way that to the insider its destination is quite clear, while to the outsider it would look like a personal letter from one friend to another. The address may in fact be a skilful attempt to baffle any hostile person into whose hands the letter might come; and, if that is so, our difficulty in identifying the person or Church to whom the letter is addressed is nothing other than a tribute to the skill of John.” 1

The church was “chosen” in that it consisted of elect individuals, Christians.

“We are hardly to think here of an elder in the sense which the word presbyteros usually bears in Christian contexts in the New Testament, that is, one who discharges the ministry of eldership in a local church. . . . The word appears in another specialized sense in second-century Christian literature, of church leaders in the generation after the apostles, particularly those who were disciples of apostles or of ‘apostolic men,’ and were therefore guarantors of the ‘tradition’ which they received from the apostles and delivered in turn to their own followers.” 2

John loved this church and so did other Christians who knew about it. The basis of this love was the truth the Christians there believed in common with one another. This “truth” refers to God’s revelation in Scripture. The importance of this truth is clear from the fact that John referred to it three times in these two verses.

v. 3                 John wanted his readers to appreciate the importance of guarding God’s truth and practicing love for one another. These two         things are the basis for grace, mercy, and peace. “Grace” is God’s unmerited favor, “mercy” is compassion, and “peace” is harmony and inner tranquillity.

“The succession ‘grace, mercy, peace’ marks the order from the first notion of God to the final satisfaction of man.” 4

These qualities flourish where truth and love prevail.

“When divorced from truth, love is little more than sentimentality or humanism. If I truly care about my brothers, then I will want them to know, and live according to, God’s truth.” 5

“Where ‘truth and love’ coexist harmoniously, we have a well-balanced Christian character (cf. Eph. 4.15).” 6

John’s description of Jesus Christ as the Son of God the Father is reminiscent of his emphasis on Jesus’ full deity both in his first epistle and in his Gospel.

Seems to be a decent commentary. The formatting, though, leaves something to be desired. Much of the verse by verse commentary is set up in a table, so that the verse being discussed is on the left, and the discussion is on the right - a rather large indent. If there is a quote in the discussion, then the indent is even further to the right. As people using theWord often have both a bible and book view open at the same time, this wastes significant space, squeezing much of the text of the commentary into a little column on the right side of the book view, with a lot of wasted space on the left side of the book view . 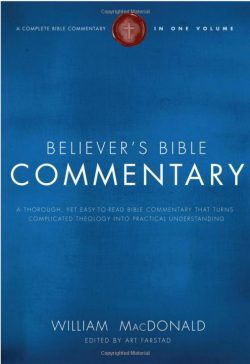 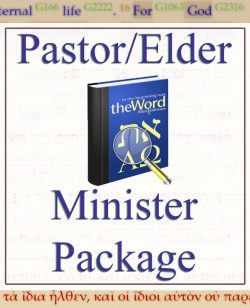 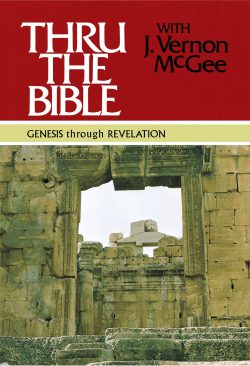 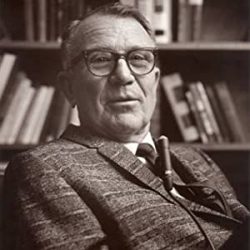