(Note: The resources on sale are indicated throughout the Bible study. Sales are good through July 23rd.)

AS FOR myself, brethren, when I came to you, I did not come proclaiming to you the testimony and evidence or mystery and secret of God [concerning what He has done through Christ for the salvation of men] in lofty words of eloquence or human philosophy and wisdom; For I resolved to know nothing (to be acquainted with nothing, to make a display of the knowledge of nothing, and to be conscious of nothing) among you except Jesus Christ (the Messiah) and Him crucified. And I was in ( passed into a state of) weakness and fear (dread) and great trembling [ after I had come] among you. And my language and my message were not set forth in persuasive (enticing and plausible) words of wisdom, but they were in demonstration of the [Holy] Spirit and power [ a proof by the Spirit and power of God, operating on me and stirring in the minds of my hearers the most holy emotions and thus persuading them],S o that your faith might not rest in the wisdom of men (human philosophy), but in the power of God. (1 Corinthians 2:1-5 The Amplified Bible – see the Resource Sales Column)
For those who enjoy a good read and who love debating, thinking through topics it can become easy to chase after man’s knowledge, and at times this gets mixed into studying the Bible where we chase after man’s accolades over our knowledge of the Bible. We need to focus on growing in our relationship with Jesus Christ. There is a place for study and a place for sharing what we learn as Lord willing we will learn next time in our monthly study. Here is a day from the devotional book “Amazing Grace, 366 Hymn Stories for Personal Devotions” over the song “I’d Rather have Jesus”.
—————–
June 23
I’D RATHER HAVE JESUS
Mrs. Rhea F. Miller, 1894-1966
For to me, to live is Christ and to die is gain. (Philippians 1:21)
The inspiring and challenging words of this hymn, written by Mrs. Rhea Miller, so influenced 23-year-old George Beverly Shea that they determined the direction of his entire life. As he began to compose a melody for these moving lines, he decided to devote his singing talent to God’s glory alone.
Growing up with devoted Christian parents, Bev was encouraged to use his fine singing voice often in the services of the Wesleyan Methodist churches of which his father was a minister. Financial needs of the family made it necessary for him to leave college and work in an insurance office. However, he continued singing in churches and for Christian radio programs. Unexpectedly he was offered an audition for a secular singing position in New York City and passed the test. The opportunity for a substantial salary and wide recognition made Bev’s decision very difficult.
One Sunday as Bev went to the family piano to prepare a song for the morning service, he found there the poem “I’d Rather Have Jesus.” His mother, who collected beautiful quotations and literary selections, had begun to leave some of them around the house for her son to read, hoping to guide him spiritually. Bev was deeply moved with the challenging message of this text. Immediately he began to compose the music for the lines and used the song that same day in his father’s church service.
Bev Shea comments: “Over the years, I’ve not sung any song more than ‘I’d Rather Have Jesus,’ but I never tire of Mrs. Miller’s heartfelt words.” As a young man of 23, Bev allowed the message of this text to guide him wisely to a wonderfully productive and worthwhile life of service to Christ as he shared his musical “theme song” with audiences around the world-
I’d rather have Jesus than silver or gold; I’d rather be His than have riches untold; I’d rather have Jesus than houses or land; I’d rather be led by His nail-pierced hand:
I’d rather have Jesus than men’s applause; I’d rather be faithful to His dear cause; I’d rather have Jesus than world-wide fame; I’d rather be true to His holy name:
He’s fairer than lilies of rarest bloom; He’s sweeter than honey from out the comb; He’s all that my hungering spirit needs-I’d rather have Jesus and let Him lead:
Refrain: Than to be the king of a vast domain or be held in sin’s dread sway! I’d rather have Jesus than anything this world affords today.
For Today: Joshua 24:15; Matthew 16:24-26; Romans 1:16; Philippians 3:8
What would be your honest response to this question: “What are you living for and what would you be willing to die for?” Sing this testimony-
Amazing Grace, 366 Hymn Stories for Personal Devotions – see the Resource Sales Column 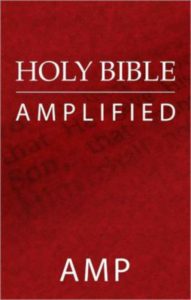 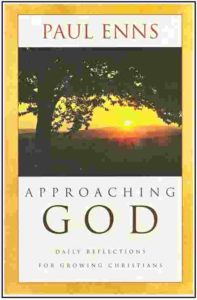 31 days with the Master Fisherman 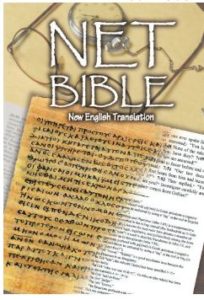