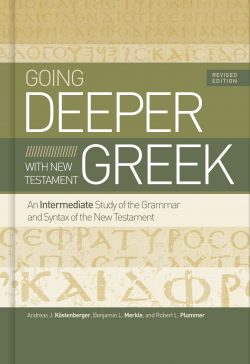 Video by Allan Loder on VGNTS

‘Vocabulary of the Greek Testament: Student Edition’ (VGNTS) is an update/revision by Allan Loder of Moulton’s and Milligan’s ‘VGNT’ published 1924-1930.  It is based on the 1929 print edition — which is now in the public domain — along with some supplemental material from the 1930 edition. However, this is not merely an electronic reproduction of Moulton’s and Milligan’s book. Rather, it is a major update/revision designed to make this valuable resource more accessible to a wider English-speaking audience — especially those whose knowledge of the Biblical languages is very basic, “rusty,” or non-existent.

Each lexical entry is keyed to Strong’s numbers, has a transliteration and an English gloss.

There are over 937 new entries, not covered in the original print edition

Inline English translations are provided for all Greek text, as well as for most Hebrew, Aramaic, Syriac, Latin, French and German text.  A transliteration of some text is also provided, where deemed helpful.

Pertinent information, such as units of measure, currency, names of Egyptian months, official titles, etc., is provided and hyperlinked.

Please note: This resource is protected under derivative copyright law.

An overview of the module from inside theWORD

Beginning in the late nineteenth century, large numbers of Greek papyri dating to the early Christian period were discovered in Egypt. Some of these contain biblical texts or fragments of Hellenistic literature, but many others are nonliterary: private letters, records of business transactions and civil proceedings, etc. New Testament scholars soon recognized that this corpus of new material could in many cases illuminate usages in the Greek New Testament for which exact parallels had never been located in classical Greek literature. For the first time, it was possible to recognize that “New Testament Greek” was not a peculiar Hebraic-Greek dialect but an expression of the “Koine” Greek commonly used in everyday life throughout the eastern Mediterranean world.

In the first decade of the 1900s, James Hope Moulton asked George Milligan to join him in assembling data from the papyri regarding particular New Testament words. After Moulton’s death in 1915, Milligan continued the work. The result was the publication of The Vocabulary of the Greek Testament in fascicles between 1914 and 1929 and in a single-volume edition in 1930. This work has been reprinted a number of times, and New Testament scholars still consider it a standard reference.

Milligan’s 14-page introduction describes the papyri and their significance for our understanding of the language of the New Testament. Then, after a table of abbreviations, follow 705 pages of entries in alphabetical order. The entries are given in Greek script, but in this new reprint, Strong’s numbers have been added to make the work more accessible to those with limited knowledge of Greek.

Another important new addition is an index of New Testament passages. This thorough index, meticulously prepared under the direction of Professor Daniel B. Wallace of Dallas Theological Seminary, will greatly enhance the usefulness of this classic work for scholars, pastors, and all who wish to delve more deeply into the meanings of New Testament words.

1 review for Vocabulary of the Greek Testament: Student Edition (VGNTS) 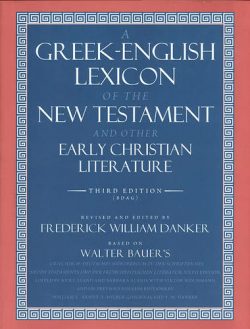 Eerdmans Dictionary of the Bible 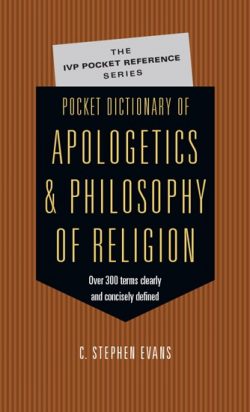 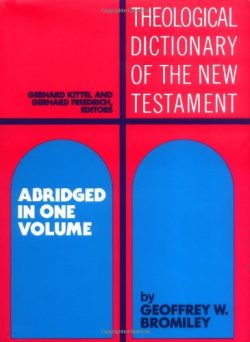 Theological Dictionary of the NT: Abridged in One Volume (TDNTa) 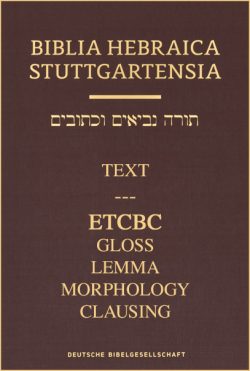 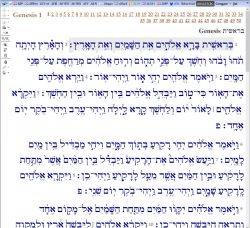